The Problem with Deductibles 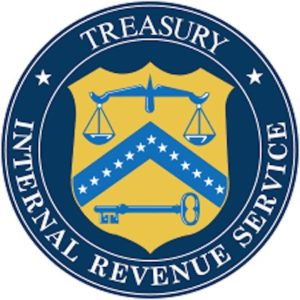 The biggest problem for the recreational Cannabis industry in the USA right now is not the cops, nor the difficulty of growing the right kind of weed – its the issue of how to deduct your legitimate expenses from your Federal income tax.

Suppose you make $100,000 per year from Cannabis growing  in Maine. And suppose it costs you $50,000 a year.  Because pot is only legal in Maine and not nationally you cannot the deduct the $50,000 expenses, and you have to pay income tax on the whole of your sales, with no deductions.

That not only sucks, it renders the whole exercise pointless.

Sure, you can lie about your income, but that is not the foundation for a serious business, and the net effect is, federal law does not condone this business.  In addition to still being treated as an illegal substance under federal law, the Internal Code has a nasty treatment for any such business which tries to be honest in its accounting – the law is found at IRC §280E.  The taxpayer in the case of Alterman v. Commissioner, TC Memo 2018-83, discovered just how harsh the federal tax law is in this area.

The provision bans a deduction for any business expenses aside from the cost of the product (that is, the marijuana) for such a business.

The taxpayer in this case operated Altermeds, LLC, a disregarded entity. That entity sold marijuana-based products and, after initially buying the marijuana from a third party, began growing its own marijuana for sale.

The Tax Court described the following income and deductions reported by the taxpayer for the years at issue on the Altermeds Schedule C:

Obviously, all the expenses aside from the cost of sales were at risk once IRC §280E is considered.  Faced with that prospect, the taxpayers presented the following argument:

Although Alterman and Gibson concede that Altermeds, LLC, trafficked in controlled substances, they contend that it had a separate business of selling non-marijuana merchandise and that the business-expense deductions of this separate business are not disallowed by section 280E.

Other line of business

The “other line of business defense” is an acceptable one, but taxpayers must be able to show that there is a separate business and account for those expenses that are tied to each business being conducted (the marijuana businesses and the others).  As the Court notes:

Whether selling non-marijuana merchandise was a separate business from selling marijuana merchandise is an issue of fact that depends on, among other things, the degree of economic interrelationship between the two activities. See Californians Helping to Alleviate Med. Problems, Inc. v. Commissioner (CHAMP), 128 T.C. 173, 183 (2007). …

The Court, however, did not find that the taxpayers had multiple businesses in this context, noting:

lterman and Gibson argue that these deductible expense are $54,707.03 in 2010 and $57,517.93 in 2011. These amounts are equal to 40% of a list of subtotals in a table in the brief filed by Alterman and Gibson after trial. Each subtotal bears a vague description, for example “Non-COGS Utilities”.

Alterman and Gibson’s argument regarding the amounts of business-expense deductions attributable to a putative second business was not briefed properly. See Rule 151(e)(3) (brief must include proposed findings of fact with references to the record); Rule 151(e)(5) (brief must include arguments regarding any disputed questions of fact). Even if we thought that the sale of non-marijuana merchandise was a separate business, Alterman and Gibson’s failure to properly brief the amount of deductions that would be attributable to this business would preclude us from allowing any deductions for the separate business.

Thus, the Tax Court limited deductions to the cost of goods sold amounts that the IRS had conceded in the case.  Even there, the taxpayer’s poor and inconsistent records resulted in the allowed deductions being less than the amounts the taxpayer had originally claimed.

Published in General and Legal