Recreational pot will boom in USA 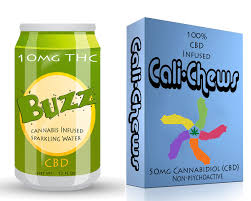 New reports from Bank of America and Marijuana Business Factbook suggest the main growth engine for cannabis in the United States will be recreational usage, and illegal sales still dominate the market.

According to Bank of America analyst Christopher Carey, the cannabis industry could one day offer peak annual sales potential of $166 billion globally, and disrupt industries that currently total $2.6 trillion in yearly sales. Considering that only two countries worldwide have OK’d recreational weed, and just over 40 have legalized medical marijuana, the ceiling for the pot industry is still a ways off.

The United States would account for 34% of the $166 billion in peak annual sales, based on his firm’s modeling. The U.S. recreational market will be the marijuana industry’s workhorse. And medical patients in certain states will longer go through traditional channels (i.e., seeing a physician and being prescribed cannabis) to get their hands on marijuana. This discourages medical marijuana sales and promotes recreational revenue.

Here’s the adult-use annual sales forecast from the Factbook:

These projections suggest that recreational marijuana revenue will more than triple in the U.S. over the next five years, providing the bulk of the sales growth for cannabis companies. Specifically, sales in California should continue to expand, with Arizona expected to legalize adult-use pot in 2020. Meanwhile, adult-use sales in more established legalized states, such as Colorado, Washington, and Oregon, should advance but slow considerably from years past. California remains the most lucrative of all states, with some estimates on Wall Street forecasting up to $11 billion in annual sales in the Golden State by the end of the next decade.

The 7th annual “Marijuana Business Factbook,” details sale projections for the legal cannabis industry in the U.S. between 2018 and 2023, including an estimation of the breakdown between medical weed sales and recreational pot. According to the report, which breaks down revenue projections into ranges rather than a specific figure, here’s how sales are expected to progress over the next five years:

Additionally, the overall economic impact of the cannabis industry on the U.S. should rocket from $39 billion to $48 billion in 2019 to more than $100 billion by 2023.

Medical cannabis sales really begin to taper off from a growth standpoint after 2021. The report notes that since 33 states have already legalized medical pot in some capacity, the opportunity to grow sales from new legalizations is waning — especially considering that many of the remaining non-legal medical marijuana states have no intention of legalizing.

This revelation is disappointing for pot stock investors considering that medical marijuana is their main focus. patients tend to use weed products and buy more often than adult-use consumers. Medical patients are also typically more willing to purchase higher-margin derivatives (oils, topicals, vapes, infused beverages, concentrates, edibles, and so on) than adult-use consumers.

Published in Finance and Recreational