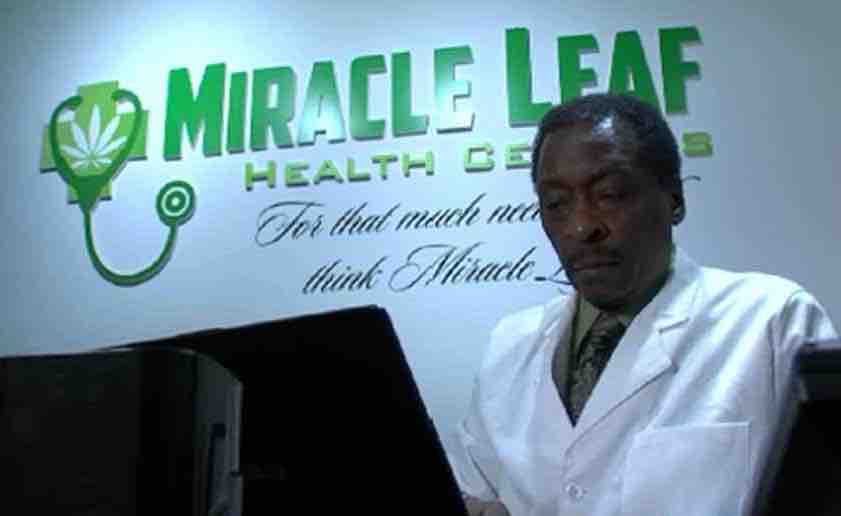 By Fred Bassett on November 16, 2018
Two undercover cops went to a Medical Marijuana Center on different days, each telling a doctor seen only on a computer monitor that he wanted a medical marijuana card so he’d have a legal excuse when workplace drug tests busted him.

The doctor, Tommy Louisville, of “Pembroke Pines High Life” in Miami FLA approved both men in August. Hardly surprising that he got busted. The High Life web site is a blatant pitch for anyone who wants to turn illegal into legal via a medical marijuana card

That’s according to the arrest report filed after Louisville was cuffed on two counts of unlawfully issuing a medical marijuana certificate. The 66-year-old was in Broward County Jail Thursday afternoon on $100 bond.

Louisville’s been a licensed medical doctor in Florida since 1980. His previous includes a $5,000 fine plus $1,600 in Department of Health administrative costs for failing to properly diagnose and treat a patient who died a day after seeing Louisville in 2001.

High Life Medical Center, is thought to be part of a chain of 14 started by Louisville, but was renamed Miracle Leaf Health Center when the investigation began in June.

The report says on Aug. 1, an undercover detective showed up for an appointment with Louisville and was taken to an examination room. There was no doctor. There was only a seat “in front of a computer monitor connected to a cellphone.” On the screen, via closed circuit television, was Louisville “standing outside of a train station, communicating with Detective [Undercover] via a cellphone and Bluetooth earpiece.”

The undercover detective, the report said, “explained that he gets drug tested for work and needs an excuse to test positive for cannabis. [Louisville] advised that he would add Detective [Undercover] to the Medical Marijuana Registry…”

Some information from Miami Herald

Based in Mill Valley, CA – Fred has been at the heart of the Cannabis industry for the past 30 years – more recently he has returned from a two-year posting to Buenos Aires for a Cannabis group – and he covers West Coast and Latin America.