In Spain – Crackdown or Backdown? 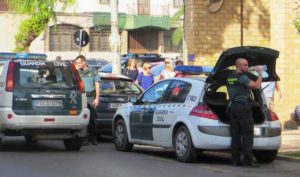 The Spanish authorities are boasting they increased the number of cannabis plants seized in the past year – but their total haul still only amounts to a move from from hardly any to very few indeed.

The Guardia Civil took down 9,200 plants last year from 700 arrests across the entire nation, but the main reason for the 67% rise over the previous year was one bust of 3500 plants in Cantabria this September.

Huge resources are being dedicated to tracking down the illegal growers, thereby forgoing one of the main benefits of cannabis legalisation – freeing up police time for more important things. Like stealing electricity – which is a crime that often goes hand in hand with illegal growing.

Prior to decriminalisation, it was easy for the police to visit a site and take a look. Now, the procedures are complicated and the Guardia Civil officers need to track and collect evidence before the judicial authority will give permission to enter.

Statistics confirms that the profile of the plantation owners, is increasingly from the networks of organized crime.