Five Ways Cannabis can be Deadly – PART ONE 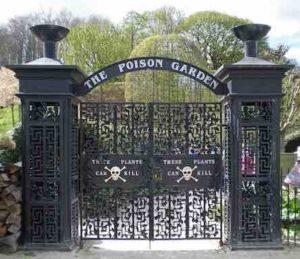 Pro Cannabis boosters love to say that Cannabis never killed anyone – Its not true. This series looks at FIVE deadly dangers form the seemingly harmless drug.

UK Cannabis researcher Nick Rosen, has been a long-time campaigner for legalisation, but he is cautious of claims that Cannabis is always safe when it clearly is a danger to life in some circumstances.

There are known ways that humans can be killed by Cannabis, directly not indirectly, and there is no doubt about that.

The most widely accepted is cannabis cardiotoxicity – there are many recorded cases of heart attacks right after taking cannabis – the chance of a heart attack increases 5 fold after cannabis ingestion according to the latest studies. More details below

Less obvious, but sometimes equally deadly is Cannabis psychosis. Its not the psychosis which can be deadly, but the behavior it causes – such as violent rage leading to murder The evidence is now clear that people who start taking cannabis regularly between the ages of 14 to 25 are far more likely to develop long term psychosis and other mental illnesses. there are too many parents who were killed by cannabis consumption of their own children.

Cannabis causes psychosis, and some psychotics are killers – there are many recorded cases of teenagers with cannabis habits killing and maiming friends or family members.

With commercially available Cannabis flower and resin more than twice as strong (percentage of THC content) than a decade ago, this problem has worsened considerably since Cannabis was first popularized in the 1970s.

Accidents , especially car accidents – there are many recorded cases of drivers in death-crashes being found to have been under the influence of cannabis – it impairs driving ability just as much, possibly more than alcohol.

Cancer: Smoking Cannabis does increase the chance of cancer, and that is accentuated if the smoker mixes the cannabis with tobacco, as many do

Crime: There have been many murders between rival gangs of drug dealers, or during raids to steal the stash from a grower

Perhaps the earliest known death from Cannabis was during the era when Hemp was in heavy use as a manufacturing raw material: Hemp is the plant which produces cannabis – it was long known for it properties of strength and durability. Chinese Emperors decreed it be used in bowstrings because they were stronger than other materials – which in turn were used to kill people

Pets: There are recorded cases of pets dying from doses of cannabis – a 2012 report has two dogs dying from eating butter containing medical-grade THC.

Published in Medical and Science