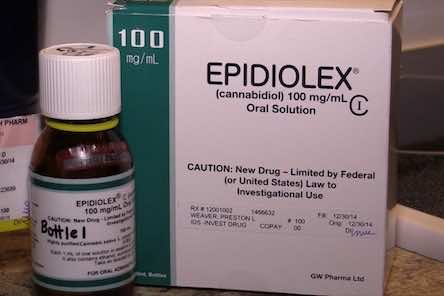 A month ago the NHS rejected Epidiolex – a cannabis drug for child epilepsy sufferers. Today the EU has accepted the drug, Yahoo finance reports. Its a CBD based drug and was approved by the European Medicines Agency (EMA) which moved from London due to Brexit. The approval of the cannabidiol oral solution is based on results from four randomised, controlled Phase 3 trials conducted by makers GW Pharma. These studies incorporate data from more than 714 patients.

Here is the full statement from GW

LONDON and CARLSBAD, Calif., Sept. 23, 2019 (GLOBE NEWSWIRE) — GW Pharmaceuticals plc (Nasdaq: GWPH) (“GW”, “the Company” or “the Group”), world leader in discovering, developing and commercialising cannabinoid prescription medicines, today announces that the European Commission (EC) has approved the marketing authorisation for EPIDYOLEX® for use as adjunctive therapy of seizures associated with Lennox‑Gastaut syndrome (LGS) or Dravet syndrome, in conjunction with clobazam, for patients 2 years of age and older. The approval paves the way for the launch of the medicine across Europe.

“The approval of EPIDYOLEX® marks a significant milestone, offering patients and their families the first in a new class of epilepsy medicines and the first and only EMA-approved CBD medicine to treat two severe and life-threatening forms of childhood-onset epilepsy,” said Justin Gover, GW’s Chief Executive Officer. “This approval is the culmination of many years of dedication and collaboration between GW, physicians and the epilepsy community. We believe patients and physicians deserve access to rigorously tested and evaluated cannabis-based medicines, manufactured to the highest standards and approved by medicines regulators, and we are delighted to be the first to offer this solution to the epilepsy community.”

The approval of cannabidiol oral solution is based on results from four randomised, controlled Phase 3 trials. These studies incorporate data from more than 714 patients with either LGS or Dravet syndrome, two rare forms of epilepsy with high morbidity and mortality rates, which place a significant burden on families and caregivers. Many patients with LGS or Dravet syndrome have multiple seizures per day, which puts them at ongoing risk of falls and injury. Despite current anti-epileptic drug treatment, both of these severe forms of epilepsy remain highly treatment-resistant.1,2,3

“The approval of cannabidiol oral solution is an important milestone for patients and families whose lives are significantly impacted by these rare, complex and life-long forms of epilepsy,” said Isabella Brambilla, Chairman, Dravet Syndrome European Federation. “We are very happy that patients will now have access to a much-needed, new treatment option, and one routed through a rigorous clinical trials programme and licensed by the EMA.”

“LGS and Dravet syndrome are two of the most severe and difficult-to-treat forms of childhood-onset epilepsy, with few patients achieving adequate seizure control,” said Professor Elinor Ben-Menachem, University of Goteborg, Sahlgren Academy and Hospital in Sweden. “The EMA approval of EPIDYOLEX® will bring hope to patients and families, with the potential to better control seizures and improve quality of life.”

When added to other anti-epileptic therapies, EPIDYOLEX® significantly reduced the frequency of seizures in patients with LGS and Dravet syndrome. The most common adverse reactions that occurred in patients treated with the medicine were somnolence, decreased appetite, diarrhoea, pyrexia, fatigue and vomiting. GW’s development programme represents the only well-controlled clinical evaluation of a cannabinoid medication for patients with LGS and Dravet syndrome.

GW’s cannabidiol oral solution was approved by the U.S. Food and Drug Administration (FDA) in June 2018 under the trade name EPIDIOLEX® for the treatment of seizures associated with LGS or Dravet syndrome in patients two years of age or older.

The EC decision is valid in all 28 countries of the European Union, alongside Norway, Iceland and Liechtenstein.