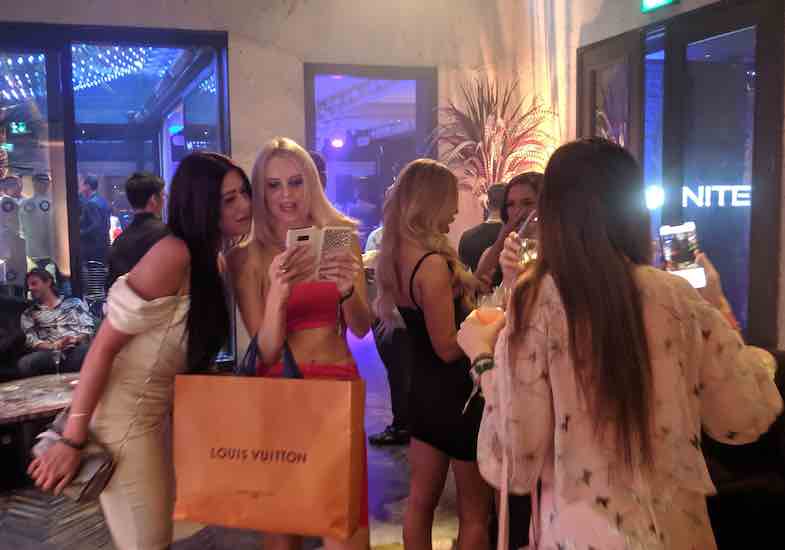 14-year-olds are already going crazy for the new CBD vapes from the likes of Ignite. The Dan Bilzerian social media spinoff (CSE:BILZ) is going all out to win over young fans via its 40 million followers across Twitter, YouTube, Instagram and Facebook.

the company is run by a chain-smoking former British American Tobacco CEO Jim McCormick. He is a consumer goods veteran, including a 17-year stint as international CEO and CFO for the cigarette behemoth (LSE: BATS). Most recently, McCormick was COO and CFO at KushCo Holdings, a provider of ancillary products and services to the U.S. and Canadian cannabis industry. During his time there, KushCo’s revenue grew from about $20 million in 2017 to a projected $120 million in 2019.

The mountain of online content being puffed out by Bilzerian’s team shows models puffing on the black plastic disposable pens, which taste of citrus and sweet flavours likely to be more favoured by a female audience.

Insiders say the main aim of Ignite at this stage of the market is to promote awareness so that once THC Cannabis products are more widely legalised the brand can stand poised to take advantage.  Again, it is young fans who are likely to be the most heavily targeted.

Ignite International Brands Ltd. is one of the first companies to place its entire brand strategy on so-called “influencer marketing”.

MediaKix, an influencer-focused marketing agency, forecasts global ad spend on influencers  of $5 billion a year by 2020. Instagram influencer spend alone was worth just over $1 billion in 2017 and grown to about $2.4 billion in 2019, according to Statista

In the cannabis space, advertising is extremely limited because of tight laws aimed at avoiding creating demand for psychoactive elements in Cannabis. Neither Instagram, Facebook, Google or YouTube, which comprise 75% of all U.S. digital advertising spend, currently do not accept cannabis advertising . Only influencers can increase market share

Leading influencers Dan Bilzerian is founder, CEO and chairman of  publicly traded  Ignite International Brands Ltd. (CSE: BILZ) .  With Bilzerian as the face of the brand, Ignite‘s Instagram page has garnered more than 1.7 million followers since making its first post in February 2018. These followers are intensely engaged, averaging over 1,000 comments per post.

Ignite has a full line of CBD products available for online purchase in the U.S. which include disposable vape pens, flavored and unflavored drops, topical creams and roll-ons. Branded dried flower, pre-rolls and oils are available for sale in more than 215 dispensaries in California and Nevada, with plans to top 1,200 across multiple states in the next two years.

This week, Ignite launched the manufacture and distribution of legal CBD products in the United Kingdom with an industry leader in this space: Taylor Mammon & Nathan Limited. This agreement also includes provisions that would allow the Ignite brand to expand into other strategic European and rest of world markets in the future.

The market size for cannabis and CBD is well documented, estimated by the industry experts at BDS Analytics and Grand View Research to be heading toward $146 billion by 2025 from about $7.1 billion in 2018. The CBD segment is the fastest growing part of the industry, with the Brightfield Group forecasting that market will rise to $22 billion by 2022.  MORE AFTER PICS

Millennials and Gen Z-ers are at the root of the exponential growth. More than half of the 55 million Americans that use cannabis are millennials or younger. Ignite claims its beachhead is the state of California, where it says 39% of millennial cannabis users use its product every day.

Bilzerian’s sweet spot for followers is male millennials, with more than 85% of his followers being males aged 18-34. On average, 1.4 million millennials directly engage with each post he publishes on Instagram.